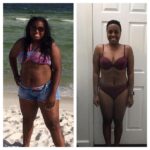 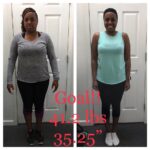 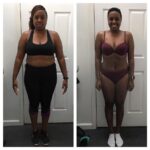 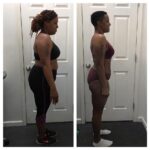 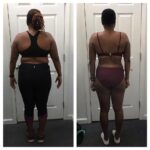 My girl Shawana has reached her final goal!!!! She’s lost 35.25” and 41.2lbs! Shawana is a beast in the gym. She makes me want to pull my hair out sometimes😂😉 but then she shows up and kills it! I absolutely love her and am so inspired by her hard work and determination. I had to put her butt to the fire the last few weeks and get rough on her but like i told her….it’s all out of love. She’s another one that is way way stronger than she thinks. So so proud of your fire and determination. Fight for what you want….and don’t ever stop!!
Here’s her story….

You see I started off working out a little on my own on and off but never consistent. I had tried every diet plan on earth, weight watchers, Adkins diet, Keto, even several types of diet pills but none of it worked or if it did it was a quick fix and I gained it back. I was so disgusted and miserable with myself. I hated the way my body looked, I hated the way I felt about myself. So I had a few people tell me about RevFit gym and at first I was like man I can’t do bootcamp. Anna Brooks said Shawana just try it out; try it and see. I went on vacation and when I got back I made my mind up that I would try it out. I tried it for one week with Sandra and I almost DIED the first class!! NO LIE. I saw the other women and heard how they encourage one another. Then they started telling me how much weight they had lost. Then I said to myself Shawana you can do this.. So I signed up with Sandra as my trainer. This woman has been my rock, my encourager, my nerve sometimes but I ❤️ her and I couldn’t have done any of it without her screaming SHAWANA all the time🤣. Every day was a struggle, but when my mind started changing the struggles got easier, it was easier to say NO to bad foods… Then I saw my body changing and lord after I saw that, that was it!! I was ready for more and more results…I am so grateful to be a part of such a strong group of women and men at RevFit. The love and support they show each other is beyond words❤️. So I say all of that to say this…the word GOAL doesn’t mean my work is done. It’s time to push harder to maintain and I’m ready!